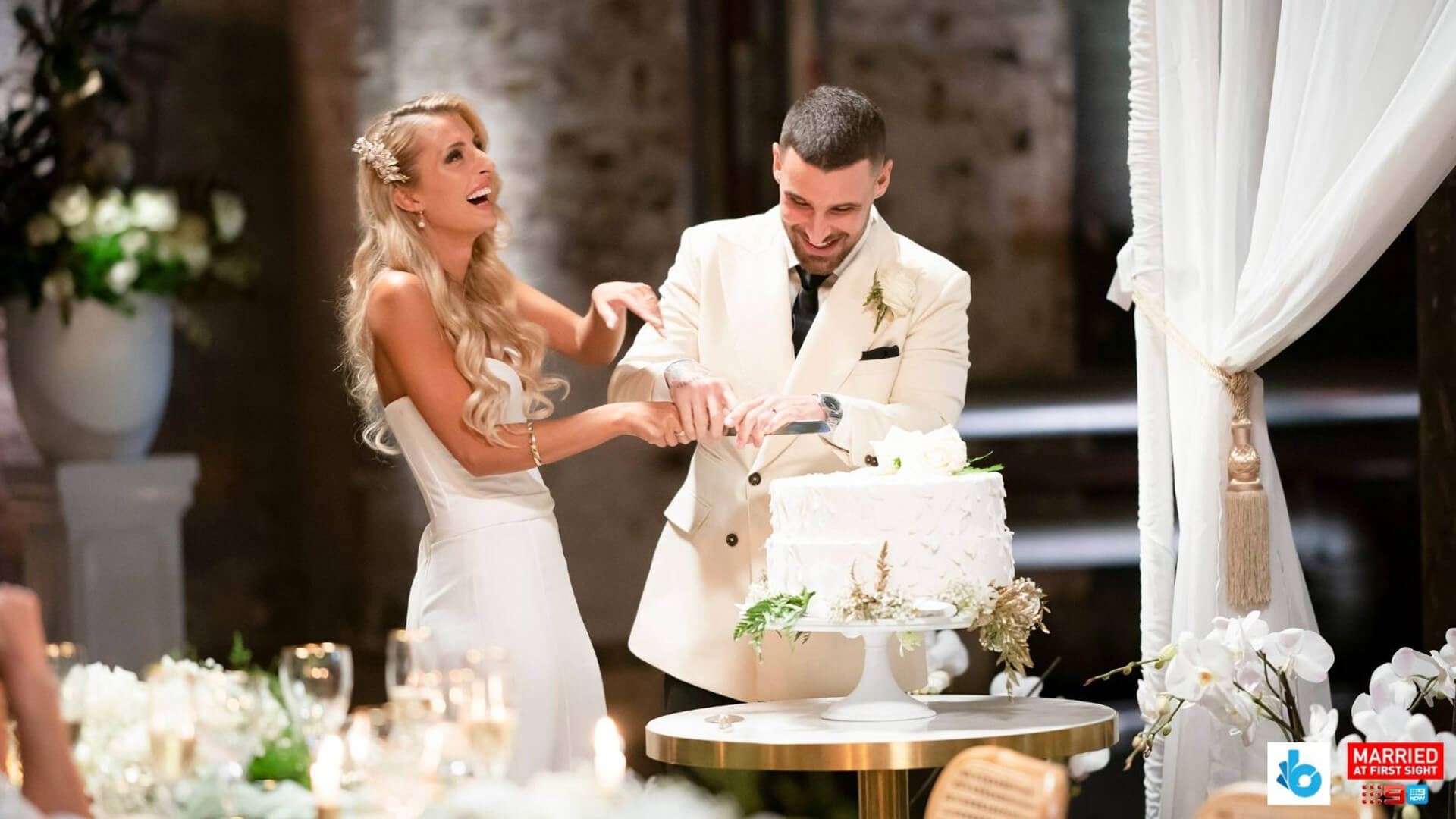 We are only one week in, and it has been an absolute whirlwind. We’ve got six of our eight couples sorted with two more weddings to take place next week.

Some of our couples have hit the ground running with sparks flying already (Hello Jack and Dom), whilst other couples appear to be on the rocks early on (Not mentioning any names… Brent and Tamara).

It’s safe to say that this couple has had an interesting start. Tamara seems to have met her match in Brent – he’s not as obedient as she would like and isn’t exactly the ‘perfect man’ she was asking for.

Although, we think this could be good for her! Opposites attract and although they may have had a rocky start, things could definitely blossom if Tamara learns to compromise.

We don’t necessarily predict this couple lasting till the end, but we’d love to see them prove us wrong! In the words of Brent “game on!” (Which seems like a perfect way to start a healthy relationship, right?).

Holly has got herself a two for one deal; a handsome baby daddy for a husband, and the child she has been yearning for – she didn’t even have to pop it out!

Holly is a big believer in the power of manifestation (us too girl, but we manifest food not men) and Andrew is looking for the one after a previously failed marriage.

There seems to be trouble in paradise already though, as Holly seems to be concerned that their political views don’t align. We have our eyes on this relationship.

Who gave this couple the right to be so cute?!?!

We are absolutely loving their energy and the experts have hit the mark when matching these two! (Unless they took the lazy way out and just matched the two Italians together and hoped for the best).

They are definitely the golden retriever couple of the season, and we are looking forward to watching this relationship progress. We predict bright things in their future!

Dom and Jack at their wedding

What did Selina ask for in a husband you ask? “No Kim Jong-Il”- well, we hear you, Selina!

We can all agree that Selina’s Mum’s reaction to her getting married was everything.

Cody, however, seems to be worried Selena is moving too quickly (like he didn’t just marry her 5 minutes after meeting her?). He’s a very reserved guy and seems to be quite intimidated by Selina’s energy.

This could be a point of tension in the coming weeks if they don’t find some common ground. There is potential with this couple though; Selina seems to be pulling Cody out of his shell already, so the relationship could go either way at this point.

Although, if a man ever told us he wasn’t attracted to us because his “schlong isn’t communicating” with his head…  we’d probably cry.

What Can We Expect From These Couples in Week 2:

Judging by what has already happened in week 1, it’s safe to say that next week will be huge.

We have 2 more weddings left, and the first dinner party of the season will take place.

So, what will happen with our fave couples. Here are our predictions:

We are in a state of feverish anticipation waiting to see how next week turns out!