MAFS 2022: Eight Thoughts Everyone Had While Watching 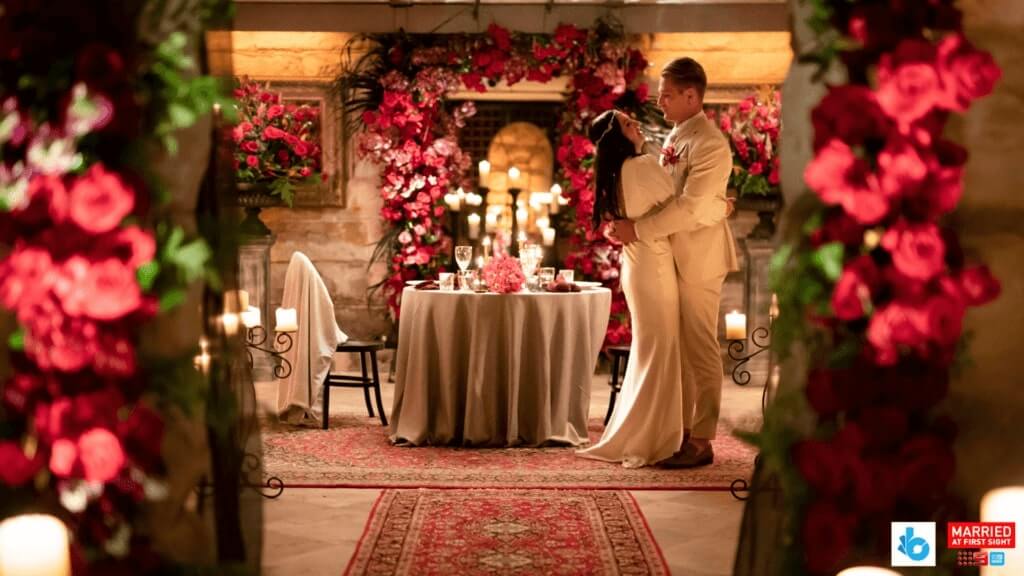 It’s got to be the weirdest social experiment that’s ever aired to TV, and good gracious it is addictive!

Here are a few thoughts that crossed our minds while tuning into last night’s episode, and we hope we weren’t alone.

Here it goes. The eight thoughts everyone had while watching MAFS last night:

Whatever it is, we personally feel excited yet scared for Tamara.

His reaction to her telling them she’s going on MAFS is everything. Full stunned mullet. And then just ends up saying ‘I hope he’s Italian’ in kind of a joking way, but really like a side eye ‘I’ll kill you If you don’t’ way.

When asked what her dream man was the first thing that she said before anything else was ‘olive skin’. Now, we don’t mean to tell anyone what their dream man should be, but surely there are a few things that should rank higher than olive skin. A few that come to mind are:

Anyway, we hope Ella finds her olive-skinned match in Mitch the cynical groom.

This brings us to the question… why is Mitch on the show if he’s cynical about falling in love? Did he accidentally send his application video into the wrong reality TV show? Let’s hope Ella can change his mind and turn his cynicism into ella-cism (we need to workshop that).

Also, definitely not believing that he doesn’t go to nightclubs –  we’re sure we saw him shuffling down Cavill Ave a couple of times…

We all definitely discuss this on the couch while watching MAFS, but imagine being in bed with an absolute stranger, and it being broadcast to the entire nation.

There’s no way your past schoolteachers, grandmother’s bingo friends and everyone you’ve ever met on or offline isn’t watching every moment of that.

Brave is the word that comes to mind!

This is what we’re here for. The cringingly awkward moments between strangers. There’s a good two-minute period when Mitch and Ella are standing at their wedding ceremony and just looking each other up and down, and word vomiting exactly what they’re thinking.

The sheer number of roses in MAFS could bankrupt a small country (and it would be worth it).

It would seem there is an over-representation of tattoos on MAFS this year (and potentially all years, but we would have to do some digging to confirm). Is there a correlation between having a tattoo and being unlucky with love?

* Googles Tattoo removalists near me