MAFS 2022: Five Concerns We Have Going into Week 3 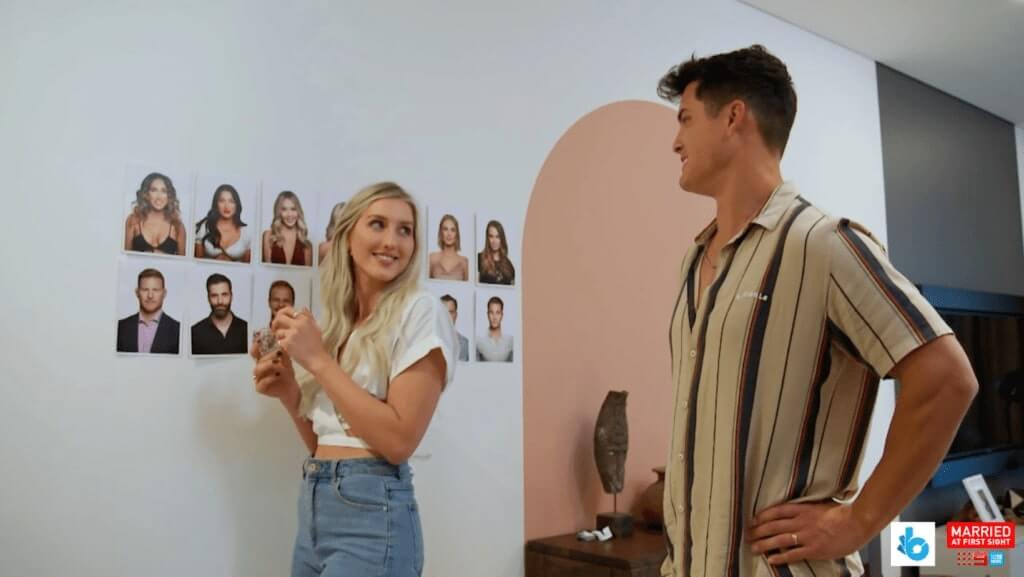 MAFS week two has come and gone, and there’s so much we have on our minds going into week three.

The first dinner party was a real tester as the couples had a chance to size-up other relationships against their own; leaving some couples feeling a little bit intimidated.

Following this, we rolled into an explosive Confessions week, where couples could divulge their innermost concerns/fears/fetishes.

This week has definitely left us with a few concerns that we need to air before we move onto week three.

Is Samantha going to be Al’s Mother?

Up until this point, Al has proven himself to be a bit uh em… rambunctious? Which is great. Good energy is great. Having fun is great (have we said great too many times?).

It’s more than that though; Samantha sees a certain level of maturity in him that doesn’t align with hers, and that can spell trouble for any new relationship.

As Samantha attempted to ‘pop’ Al’s housework cherry, we watched in concern of what was to come for this couple in week three.

The immaturity aside, Al’s ego is one that clearly needs to be stroked. After the photo ranking task on Tuesday night, his confidence was once again shook leaving us to ponder – are they better off as friends?

Holly and Andrew are in completely different worlds

Sometimes you have to think, do the expert ask the participants if they have any life plans?

If Holly desperately wanted to have baby as soon as possible, would it be best practice just to double check that this won’t scare their soon-to-be husband into sterilisation?

Ah well, we’re being too harsh. We all know the match-making process is quite difficult (*remembers countless nights trying to wingman friends at bars).

Who knows, maybe they will work out.

If you think about it, one thing they both are very interested in doing is having sex – albeit for completely different reasons, but hey, that’s symbiosis at its finest!

We are 100% there for a ‘say what’s on your mind’ mentality however, the way Tamara does this sometimes almost makes us think she enjoys confrontation?

Or perhaps she thinks she can get away with saying it because she’s cute n’ stuff?

Anyway, after watching her audition tapes back, we’re sure Brent (and the rest of the country) has some slight concerns about this relationship.

We’ll see what happens in week three, but we are concerned if Tamara can’t learn to communicate better with Brent, it could spell disaster!

If we were to back anyone in on this journey, it would be these cuties. Well, them and Jalivia (great couple name).

Apart from the slight sexual-hiccup last night, they’ve hit it off from the get-go and have been showing all the signs of a healthy relationship.

Despite this, we still find ourselves slightly concerned while watching for instance, the dinner party, where Dom’s firey attitude tends to take over. This is no concern in-and-of-itself but matched up against Jack’s relaxed where’s-the-surf-at-bro demeanour, it could pose potential issues.

We’re thinking this would be most evident at the dinner parties when Dom interacts with other participants. We’re pretty sure Jack’s not the fighting type, and if Dom goes in for the kill, we’re not sure he would back her up.

Even after they kissed and made up on Tuesday night’s letter writing task, there is still the elephant in the room – has Selin been a bit of a bully to Anthony? And will they be able to overcome what looks to be an emotional mismatch?

Saying Anthony ‘isn’t a man’ because he shows too much emotion is basically like saying a woman isn’t a woman if she plays sport. It’s 2022, and these gender stereotypes shouldn’t be playing a role in anyone’s relationships anymore!

Wednesday night saw more tensions build as Selin seemed more invested in her phone than what Anthony had to say.

Although they were able to see eye-to-eye (and then some) at some points this week, we hope Anthony’s eventually able to break down Selin’s ice-cold barriers and get to the sweet, gooey centre.

What’s In Store For Next Week?

With confessions week done and dusted, we look forward to week three when the commitment ceremonies begin.

Who will stay together; who will part ways?

Here are our predictions:

Olivia and Jackson will be a big-fat stay

Holly and Andrew will stick it out despite their issues

Head over to the Buddybet app and start challenging your friends on not only the commitment ceremony outcomes, but random stuff like what they’ll eat for dinner at the next dinner party!