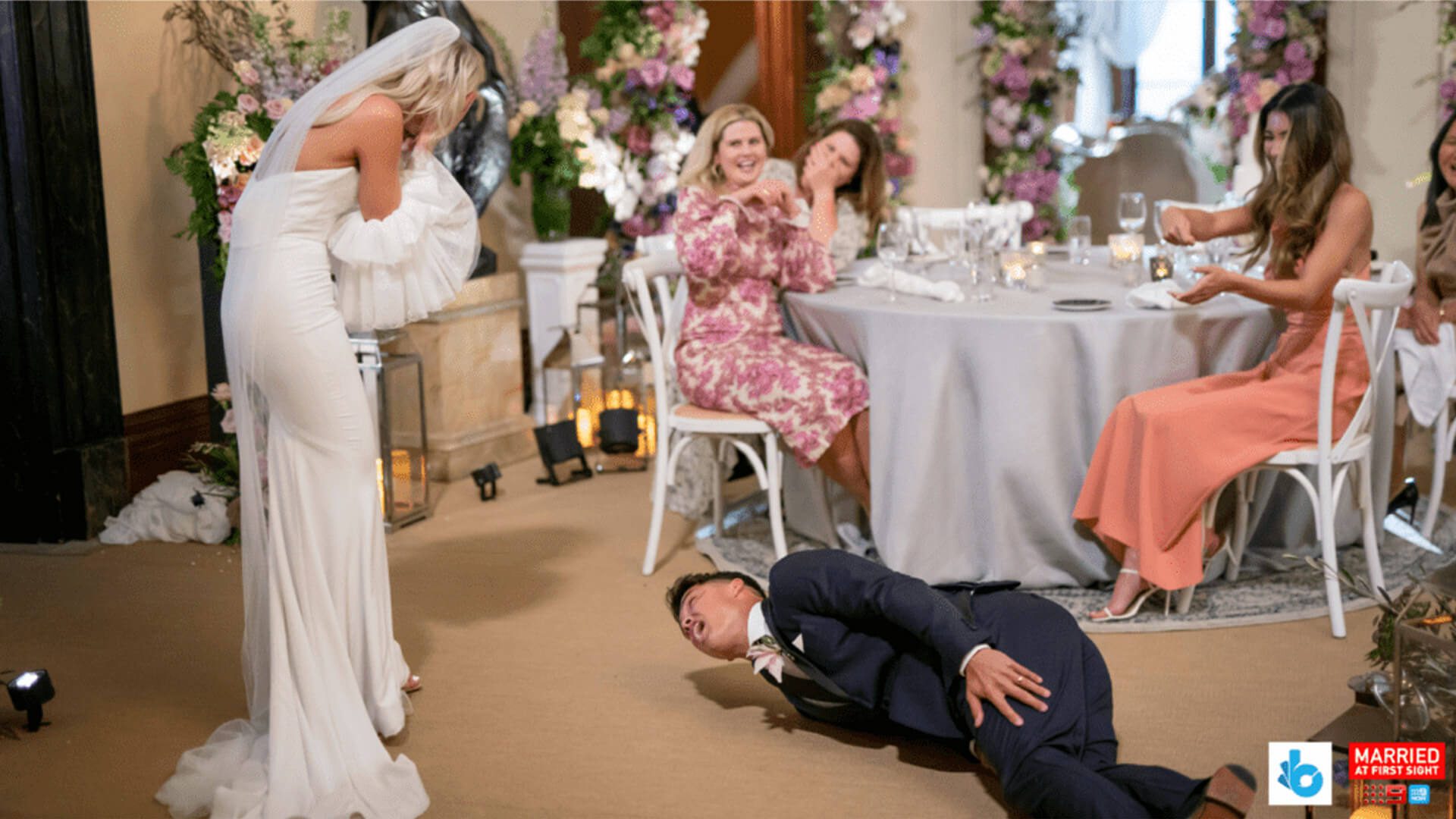 After last night’s MAFS episode, Samantha has highlighted something that’s ever so important in the dating world – pink flags!

Now, we’re all familiar with the red flag. It’s a stern warning sign in the dating world; be weary going forward because history tells us, this is a potential deal-breaker. Some red-flag examples would be:

Pink flags on the other hand, are a little bit harder to spot. Don’t worry though because we’ve got you covered.

Here are our top 5 pink flags to watch out for:

See what we mean? The number of female friends a man has is completely irrelevant in most instances, but on the off occasion it could be a cause for pink-flag-level concern.

Too many female friends – maybe he’s a bit of a ladies’ man? Which is fine if it stops once you start dating!

No female friends – does he not like hanging out with females. Best to discuss considering your relationship would preferably consist of a lot of hanging out.

Sure. We all make silly, impulsive decisions sometimes. But, if the person you’re dating is repping a tattoo of his ex’s name, a few questions come to mind:

Serious pink flag territory here ya’ll. That’s ok though, you just need to dig deeper and find out a little bit more; after all, it’s not a red flag (like say a ‘live, laugh, love’ tattoo would be).

3. Orders the Pad Thai EVERYTIME you go out for Thai

We may be speaking to some Pad Thai fanatics here in which case you can disregard this one. However, if you’re an ‘order the hottest thing on the menu with a side of the thing I can’t pronounce’ this could pose a serious pink flag to you.

Maybe the lack of adventurous spirit in his menu choices could spread across to other facets of life?! (Think bedroom, travel, spontaneous puppy purchases). Just a thought.

4. Doesn’t invite you out with his mates

This is of course contingent on you actually wanting to go and hang out with his mates. Some couples are perfectly happy doing their own thing and just hanging out on the couch watching MAFS when they get home.

If you’re big on spending heaps of time with your partner and see getting along with his mates as an important part of maintaining a healthy relationship, it may be a pink flag if the person you’re dating doesn’t seem keen on you hanging out with his friends.

Girl – if his main meals bounce between KFC, Maccas and kebabs you need to stop and assess whether you want to be the chef in the relationship for the rest of your lives.

It’s no longer 1950, and males (for the most part) now know their way around a slow cooker. But if he’s going on day 10 of back-to-back fried chicken, there’s a large chance that he’s no Gordon Ramsey in the kitchen.

This could be NBD to some, and heck if you’re also partial to a HSP, it could be the perfect relationship.